The Des Moines Buccaneers' are one of the more storied programs in USHL history with four Clark Cup Championships and an alumni base that includes such NHLers as Erik Cole and Kyle Okposo and connections to nearly every Division I program in NCAA. Still, while their is plenty of tradition to the team, there is much more that separates the Buccaneers from the rest of the league.

Des Moines as a City 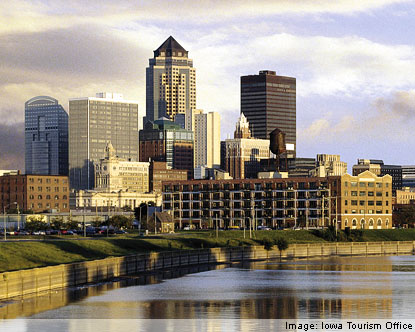 The city of Des Moines is perfect for a junior hockey player as the community of 500,000 has all the amenities of being a regional city while maintaining a small-town charm. The city boosts a vibrant downtown, a large regional hub mall, many familiar chain-restaurants and stores, numerous concerts, plays, a Science Center and more.

Traveling in and out of the city is easy for players and their families alike with Des Moines International Airport providing numerous flights to hubs. The central location of the city makes it a one day drive from many metropolitan areas as the arena is three hours from the Twin Cities and five hours from Chicago.

Buccaneer Arena
There are newer buildings in the USHL, but time and again Buccaneer Arena is rated as one of the most fun to play at. With the arena filled to 90% capacity on average, and the fans right on top of the action, you'll feel the adrenaline pump through your body as you race up the ice.

In the summer of 2011, the Buccaneer locker room received custom built stalls and further renovations are planned in the summer of 2012. In fact, the entire arena has been under going a modernization over the last few years with updates being made to the ice-making plant, bathrooms and video screens with more being planned.

Player Relations
The Buccaneer organization places a premium on insuring that players are given the tools to succeed and are treated properly. The team works with a housing coordinator to make sure that players are staying with the best billet families in the league and work closely with the West Des Moines Valley School District for high school age players.

All players have access to a state of the art fitness facility (Aspen Athletic), a strength and conditioning coach, certified trainer, medical staff and chiropractor.

On the road, the Buccaneers stay at clean, comfortable hotel rooms and supply players with hearty meals. At home, the Buccaneers' provide a steak dinner after all Friday games.

Throughout the course of the season, in conjunction with housing parents and the booster club, the organization puts on various team-sponsored events including banquets, holiday parties and more. 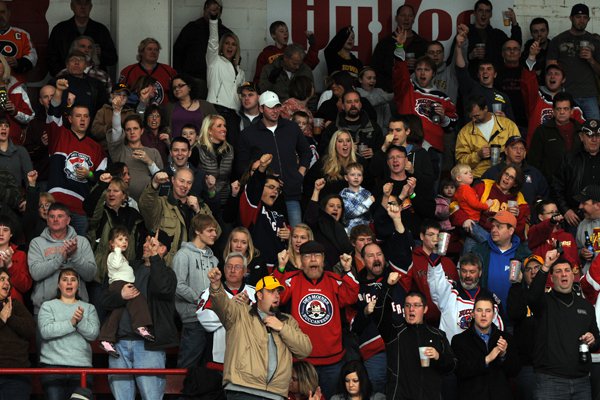 For over 30 years, Des Moines Buccaneer fans have supported the team and continue to do so with many season ticket holders having been diehards for more than 10 years. You will experience the same support any minor league hockey game receives with fans wearing player jerseys, bringing signs into the building, heckling the opponents and asking for your autograph.

Education
For players still in high school, the Buccaneers have a long standing relationship with the West Des Moines Valley High School. Teachers and administrators have been working with Bucs' players for decades and are committed to providing an excellent education including satisfying all NCAA requirements. The Iowa public school system is annually rated as one of the best in the nation and Central Iowa schools are often at the top.

Players out of high school, but still looking to get a jump on their college studies, may take classes at Des Moines Area Community College.